Opinion: It could be a serious YouTube and Snapchat Discover competitor

Instagram is, unsurprisingly, the second-most-popular mobile social networking platform. After being acquired by No. 1 seed Facebook over six years ago, the image-focused application has arguably overtaken Snapchat with its Stories function, introduced addictive new features and partner apps such as Boomerang and—perhaps most telling of all—announced a Beyoncé album release.

Despite its many pros, Instagram has often lacked the capability to help brands really tell their stories and captivate consumers. Many official company accounts only have one clickable link—the iconic #linkinbio. While others may be able to add a “swipe up!” link in their Stories, conversions still depend on viewers completing several actions to get there first.

However, all of this changed last week when Instagram officially announced a brand-new long-form video hub nestled within the existing app, IGTV.

Instagram TV, or IGTV, is a new platform that couples the structure and popularity of YouTube and Snapchat Discover in one user-driven location. Instagram attempted a new environment driven by easy user experience and consumer demands. Therefore, the program functions more like a TV, and videos automatically play as soon as users open the sub-app.

IGTV features channels comprised of many videos, but these channels aren’t controlled by like programming or topics. Instead, the “creators” (or account holders) are the channels. And, much like YouTube, anyone can create free of charge and empower people to follow their channel.

The new video platform allows commenting and liking, enables users to direct-message videos to other users and even personally suggests videos and channels that viewers may enjoy. However, the most exciting IGTV feature is the increase in length. Unlike Stories, which only allow up to 15 seconds of video per post, and regular Instagram, which allows one minute, IGTV can host videos up to one hour in length.

Users can locate IGTV in the top menu of their Instagram app’s feed. From left to right, you’ll see a Stories camera icon, the logo, the IGTV button and a direct message inbox. However, Instagram also plans to release a separate IGTV app to the App Store and Google Play Store shortly. 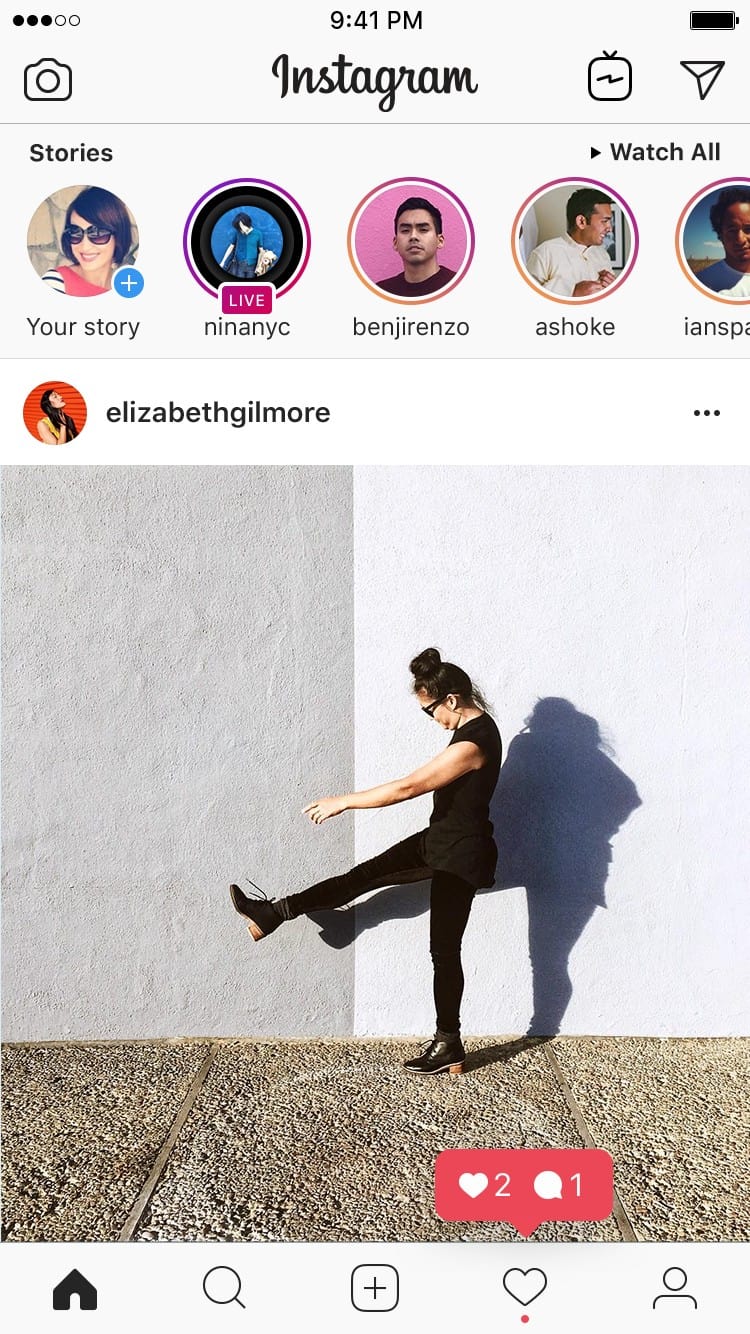 These new functionalities give brands the power to really foster an identity and connect with their target audience in a unique yet simple way. But how can we maximize the possible benefits of IGTV? I gathered the top four IGTV best practices to promote your brand (or personal creator channel) quickly and easily.

Unlike other platforms such as YouTube and Facebook, which support traditional landscape videos or have algorithms that favor horizontal multimedia, IGTV was constructed to support the way people normally view videos on their phones: vertically. This new emphasis on vertical video makes it easier for consumers to view your content on the go, increasing the likelihood that they’ll actually watch it.

However, it also means that you can’t just repurpose videos from your other channels, because they will probably be the wrong sizes and formats. Instead, create new clips specifically for IGTV that match your Instagram aesthetic. Film and edit videos before you upload to Instagram’s TV platform and stick with the Stories dimensions of 1,080 pixels by 1,920 pixels, or an aspect ratio of 9:16.

Speaking of an Instagram aesthetic, we all know that the best brands invest in a cohesive brand identity that communicates trust, authenticity and reliable services throughout all platforms. This consistent branding increases revenue by up to 23 percent and overall brand recognition by three to four times.

A steadfast brand identity is imperative to target the right audience, even in video. Use your existing content to inform your new marketing initiatives on IGTV so that your mission and message doesn’t confuse consumers. For example, if your brand found success with behind-the-scenes clips on Instagram and Stories, don’t suddenly put up a highly produced traditional advertisement on IGTV. Instead, push the envelope slightly with a lightly edited influencer video that matches your brand’s tone, visuals and desired consumer actions.

All social media marketers know that creating a consistent posting schedule helps brands and audiences alike. As you map out your social media editorial calendar, you’ll be able to better promote important events, products or services around important dates—which is particularly helpful for cross-platform promotion and realistic goal setting.

In addition, sticking to a regular publication schedule will help your followers know when they can expect new content and better encourage them to engage with your brand.

Although it’s unclear how the IGTV algorithm will work in terms of suggesting channels to follow, it’s probably safe to assume that it will be similar to the traditional app’s algorithm, which strongly emphasizes factors like user engagement and regular post frequency. Until we know for sure, developing an editorial calendar for IGTV and creating a regular posting schedule—whether that’s weekly, daily or several times per day—is in your best interests.

Although Instagram’s TV platform supports video up to one hour long, that doesn’t mean you should immediately start making scripted movies and long-form documentaries for the app—in fact, quite the contrary. Although there are exceptions to every rule—and some brands may benefit from the occasional one-hour video—most brands should stick to videos between two and three minutes long.

With its emphasis on creators and channels, IGTV is clearly competing directly with YouTube, where videos generally find success under three minutes. Although videos on Instagram’s normal feed perform best when they’re under 30 seconds, the fast scrolling and quick double-tapping is minimized on IGTV, meaning that users are more likely to stick around for a slightly longer video.

The key is to remember your content and brand, and then create a clear and concise video that fits the identity and message. And remember: Just because you can make a long IGTV video doesn’t mean you should.

IGTV is still extremely new, so its effectiveness and popularity are yet to be proven (in fact, the app will continue rolling out the update to users over the next few weeks). However, if Instagram’s previous successes, attention to detail and general popularity (there are now more than 1 billion users) are any indication, IGTV could be a serious YouTube and Snapchat Discover competitor that empowers brands to tell fully developed stories and cultivate strong followings and brand identities in a simple, user-friendly format.

And it’s hard to argue with reaching up to 1 billion social media users in three different formats on one platform.

As you start developing your own IGTV social media strategy, just remember these simple best practices:

Gabriel Shaoolian is a digital trends expert, entrepreneur and founder of DesignRush, a digital destination to inspire creativity and the discovery of design and technology trends.

6 Ways to Stay Focused When You’re Working from Home