The Pink Fund featured in 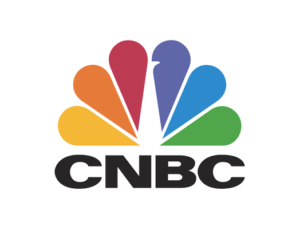 First comes the shock of the diagnosis. Then comes the financial insult.

Molly MacDonald, founder and executive director of The Pink Fund, knows — firsthand — how a serious illness can wreck your financial life. In 2006, MacDonald established the nonprofit, which provides short-term financial assistance during breast cancer treatment, because of the financial fallout she experienced after being diagnosed with an early-stage breast cancer in 2005.

At the time, MacDonald had no savings and no job. Her COBRA insurance plan through a previous employer cost $1,300 a month and, based on her most recent tax returns, she didn’t qualify for any federal or state aid. “We were underwater very quickly,” MacDonald said. Her house went into foreclosure, but she was able to rescue it.

She worked with creditors, received a patchwork of support services and worked out a three-year payment plan with her medical providers. She depended on a local food bank to feed her family. And when she recovered, she decided she wanted to help others so they wouldn’t have to struggle as she had.

The nonprofit also wants to better understand how breast cancer impacts a patient’s overall finances. Breast Cancer Awareness Month shines a light on the disease, but the finances of treatment often go under the radar.

According to the fund’s recent study, which surveyed 1,000 patients online in July, younger women suffer even more than other generations because of the financial toll of breast cancer.

The costs of cancer

The financial picture is starkly different for patients under and over 40 years old. Just 22 percent of older patients report paying between $10,000 and $20,000 for out-of-pocket medical costs, while nearly half of younger patients report having to pay that amount.

Young survivors are often sent into debt because of the cost. A quarter said they defaulted on current debt payments. Nearly half – 46 percent – depleted their savings accounts.

Several factors account for this disparity. First, insurance is covering less. A year ago, among the general population of patients being treated for breast cancer, half reported their insurance covered most of the cost — between 75 percent and 90 percent — of their treatment. In 2018, that number dropped to 40 percent.

A third of younger patients who have to quit work in order to get treatment find it difficult to find new jobs afterward. Just 16 percent of older patients said this was a problem.

When patients are diagnosed younger, their treatment is likely to take longer. “They typically have a more aggressive form of the disease, and it’s likely they will have a recurrence,” MacDonald said.

“The only way we rebuild financial health, short of winning the lottery, is going back to work,” MacDonald said. With no job to return to, younger women are especially harmed financially.

The top things you can do to protect yourself from medical financial harm are emergency savings and to know in advance what the cost of treatment will be.

If possible, consult a financial navigator if your medical provider has one on staff. There’s no cost to the patient. Navigators help you understand what your out-of-pocket expenses might be and what your insurance plan covers. They can also find cost-saving treatments and improve access to health-care services.

“I think the U.S. health-care system is one of the most complicated ones on the planet, and that complication causes [financial] problems because patients don’t understand it,” said Dan Sherman, founder of the NaVectis Group, which trains financial navigators for hospitals.

“The individual who experiences the most financial toxicity just doesn’t have enough life savings,” Sherman said. “They don’t have the emergency fund to be able to get over the hump.”

Another piece of The Pink Fund story is plain vanilla personal financial management.

“Many of us live life on the edge but don’t know it till there is a crisis,” MacDonald said. Applications for assistance come in from people ranging in income from those who work at hair salons to those earning more than $200,000.

When families are in a health crisis and the patient goes into panic mode, it’s very difficult to maintain good financial habits, MacDonald said. “Long-term, we want to help put women back to work,” she said.

Eye On Detroit – The Pink Fund