Reel Rock, the traveling film festival that’s actually more like a feature-length short-film program, is back for its 13th year for another collection of exhilarating climbing films. It hits the Castro Theatre on Thursday, Nov. 8, two days after a sold-out engagement in Berkeley. 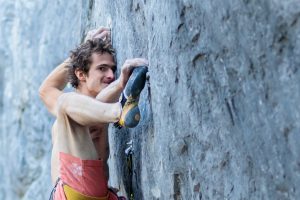 Alex Honnold and Jimmy Chin, the folks that brought you the stunning “Free Solo,” about Honnold’s free solo climb up Yosemite’s El Capitan, take on the frozen towers of Antarctica in “Queen Maud Land”; “Up to Speed” is a look at speed climbing, which will debut as an Olympic sport at the 2020 Tokyo Games; “Age of Ondra” asserts that world champion Czech climber Adam Ondra is “one of the greatest athletes of all time”; and in “Valley of the Moon,” two Israelis and a local Bedouin guide establish a new route through the Jordanian desert wilderness.

Many of the featured athletes will attend the festival in person.

Boulder resident looks to compete in climbing at 2020 Olympic Games