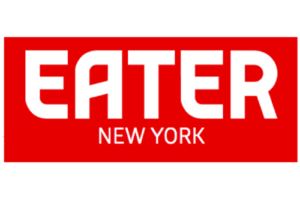 Plus, City Winery will reportedly relocate to Pier 57 — and more intel

A look at the Zodiac Room in Hudson Yards

Helen Rosner writes in the New Yorker that the Zodiac Room inside Hudson Yards’ Neiman Marcus is the only restaurant in the luxury shopping mall that actually feels like New York City. “It knows exactly who its customers are: mostly women, mostly luxury shoppers, and those of us who wish to spend a meal pretending to be one,” she writes. It also embodies chef Helen Corbitt and her original Zodiac Room in downtown Dallas’ Neiman Marcus, Rosner writes. She calls the Hudson Salad — with shaved raw vegetables, avocado, and apricots in a ginger miso dressing — “the store’s answer to uptown’s ubiquitous chopped salads” and describes it as “crisp and light, with flashes of sweetness.”

City Winery may have found its new home on the water

Decade-old City Winery is being displaced by Disney, but the original location of the wine bar will reportedly be relocating to Hudson River Park’s Pier 57 as part of the massive redevelopment project there. While the Anthony Bourdain-curated food hall plan there was nixed a while ago, there are still plans for a food hall and a rooftop restaurant. City Winery will close its Hudson Square original location in August.

Antoine Westermann is back

Spin will open a “ping pong social club” in Midtown called Spin 54 — with food from none other than chef Antoine Westermann, late of Le Coq Rico. Westermann was the chef at the acclaimed Gramercy chicken bistro, until he left and got caught up in a lawsuit with his former partners that ended up being voluntarily dismissed without prejudice. He has now consulted on this restaurant, bringing his Michelin cred into dishes such as zucchini soup, a burger, and linguine with smoked salmon in vodka sauce, which executive chef Chad Bowser will execute. Westermann’s famed ile flottante dessert will be available, too. Spin 54 opens on April 23 at 7 East 54th St., the first expansion for the ping pong spot since it opened in Flatiron in 2009.

Three Owls Market, a market and cafe, will open later this month at 800 Washington St. in the West Village, offering grab-and-go options, prepared foods, groceries, sandwiches, and a bar. Recipe developer Suzanne Dumaine is behind the store, and James Beard Award-winning firm MP Shift is designing it. Next week, chef Sung Park’s Korean-French Windrose opens at 39 Downing St. in Greenwich Village after some delays. Boozy ice cream shop Tipsy Scoop is opening its first Brooklyn location at 270 Metropolitan Ave. in Williamsburg. Fast-casual brand Clay Pot is opening its second location on Bleecker in West Village about a year after debuting on Saint Mark’s Place. La Contenta on the Lower East Side is seeking to expand into the former Sunita Bar space at 106 Norfolk St. as La Contenta Clandestina.

This week, Williamsburg ice cream shop Republic of Booza started a new collaboration series with NYC restaurants like Murray’s Cheese, Meme’s Diner, Win Son, and Clinton Street Baking Company. From now until April 14, the ice cream shop features a blueberry pancake flavor from Clinton Street Baking Company. After that, there will be a sake kasu and yuzu kosho sorbet from Okonomi. Future flavors include Vietnamese iced coffee cake from Meme’s Diner and guava-plum powder sorbet from Win Son. Some of the collaborating restaurants, including Okonomi and Meme’s Diner, will offer the ice cream in the restaurant at the same time as it’s offered at Republic of Booza, and it all runs through August 4.