Stylish Cafeteria From Dean & DeLuca Opens in the Meatpacking District 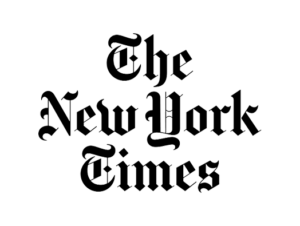 Stylish Cafeteria From Dean & DeLuca Opens in the Meatpacking District

Crunchy pizza on the Lower East Side, gluten-free dumplings in the East Village and more restaurant news.

This new cafeteria restaurant from Dean & DeLuca, on the street level of the former Spice Market building, has been under development for nearly three years. Sorapoj Techakraisri, who expanded the company’s presence into Asia and the Middle East, is spearheading the venture. (His Pace Development, based in Bangkok, bought Dean & DeLuca four years ago.) This latest restaurant fills a brick-walled space. Up half a flight of stairs, there’s a Corian and stainless-steel kitchen and serving island. “It’s the stage in the middle,” Mr. Techakraisri said. Along one side of the island, the kitchen prepares sandwiches by day, and dinner entrees in the evening. All feature a choice of beef, turkey, salmon, pork or falafel. The food is high quality and well prepared, though the entrees could use better presentation than a cardboard tub. On the opposite side of the “stage” is a coffee bar and an area with pastries that becomes a wine and cheese bar in the evening. Tables line the perimeter of the space; there is no waiter service. Another location is to open in Midtown this summer. (Opens Wednesday)

Among the countless types of pizza served in New York, here is, yes, a new one: extra crunchy. Giovanni Barbieri, who is from the Veneto region in northeastern Italy, said that pizza with a crisp, yet airy crust is the style of the moment there, and that it’s becoming popular across the country. He has brought the style to the Lower East Side, in a bright, rustic corner restaurant with an open kitchen and a name that plays on his ingredients: He uses a yeast-based starter in his dough called biga. Unlike sourdough, biga is made fresh daily and results in a crust that’s crackling thin on the outside but extremely light inside. Mr. Barbieri uses an electric oven for consistency, and the dough winds up as plate-size rounds, large ovals and panini-style sandwiches. There are also whole-grain crusts, a few antipasti and salads.

Americanized Chinese food is nothing new, but, at this casual spot, the idea is trendy “wellness,” not chow mein and egg rolls. So you have gluten-free dumplings and lo mein, honey-glazed ribs tinted with beet juice, and vegan kung pao mushrooms and orange cauliflower. The oil is usually grapeseed; the chickens are pasture-raised; the beef is grass-fed, and no peanuts are used. (Monday)

Traditional Indian fare including samosas, rogan josh, biryani, chana masala and chicken curry will be on the menu at this newcomer from two experienced restaurateurs, Ravinder Kumar and Salim Rahman. Mr. Kumar is the chef. Next month, this intimate spot will add garden seating.

Adding to the dining options at Saxon & Parole, AvroKO Hopsitality Group’s NoHo restaurant, there is an underground seafood den specializing in rosé wines. The chefs, Brad Farmerie and Nicole Gajadhar, are serving uni toasts, coconut laksa and skewered scallops, along with crispy wings. About 20 rosés are poured, as are cocktails.

In the former Mas space in the West Village, this restaurant, with Sung Park as executive chef, opened briefly during a trial run last fall. It closed while awaiting a liquor license that has finally come through. (Friday)

Tatjana and David Berkowitsch, mother-and-son restaurateurs from Russia, have opened this SoHo spot with a menu of Eastern European dishes that sometimes strays into the Mediterranean. Dumplings come filled with mushrooms or potatoes and onions. There’s also baked salmon and mussels with tomatoes, basil and feta cheese. The chef, Artiom Pugacenco, is from Moldova.

After having closed for a few months, Erik Ramirez’s Peruvian luncheonette has been reconfigured as a full-service restaurant, still Peruvian, with him in the kitchen.

The chef Mélanie Delcourt has opened this French bistro, with a typical menu of quiche, salmon rillettes and beef bourguignon.

This place for bourbon, beef and beyond will close its doors after brunch on April 21.

Chefs on the Move

The executive sous-chef at La Pecora Bianca’s two locations in Manhattan has left to be the executive chef at Osteria 57, a West Village restaurant that features vegan, vegetarian and seafood dishes.

Mr. Sono, the head chef at Kyo Ya in the East Village, has left. He plans to open his own restaurant.

The much-loved French restaurant and celebrity haunt that reopened a little over a year ago on the Upper East Side after an eight-year hiatus, will open a branch in Palm Beach, Fla., in October. Jean Denoyer, an owner, will deliver the same menu of bistro classics, with a few additions, and, one might suppose, many of the same chic names at the tables. It will also have a spacious private party room.