Five craft beers to know this week: An all-Texas beer and a collab for the human voice 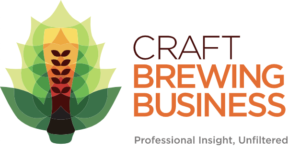 Five craft beers to know this week: An all-Texas beer and a collab for the human voice

April showers bring May flowers, and we all know what May flowers bring. Pilgrims. Sure, scoff, but I hear they drink beer like it’s water, so hide your booze. Especially these five beers to know this week. Reminder to send your beer news our way at ccrowell@cbbmedia.com for possible inclusion next week.

Here’s the first ever beer made with all Texas-grown ingredient (yes, even the hops)

An essential beer ingredient, hops, does not grow in Texas because the plant prefers a cooler climate and longer daylight hours, similar to the Pacific Northwest. Unfortunately, Texas’ steamy weather does not allow for the hops to thrive based on the lack of nutrients and water in dry, Texas soil. But fear not, none of this stopped Southerleigh Fine Food and Brewery from brewing the first all-Texas ingredient pale ale beer (to our knowledge), Texas Native Pale Ale.

This past April, Head Brewer Les Locke set out to find the best way to brew an all Texas beer and teamed up with Hanks Hops, located in Somerset, Texas. Hanks Hops started hydroponically growing centennial hops for the first time early last year. The first harvest was ready this past April, and Southerleigh was the first to use them in their brew. Hanks’s Hops has a greenhouse which uses a computerized system to control the temperature, a fertilized water system, water cooling unit and a series of lights that all mimic the climate in the Pacific Northwest. Ultimately creating an environment where hops can successfully grow without harm from the scorching Texas heat.

After the hops were ready, the remaining ingredients came together quickly. The Texas Native Pale Ale includes Maverick Malt from Wildorado, Texas, and a Nueces strain of yeast from Texas Yeast Labs in New Braunfels, Texas. This classic Texas pale ale has hints of citrus and pine with a malt sweetness backbone and clean fermentation. The result makes this beer dry, bright, bold and beautiful. This first in the craft beer world opens doors for future brewers to create true Texas beers and sets the stage for the Craft Brewers Conference heading to San Antonio in 2020.

Texas Native Pale Ale will be available at Southerleigh starting Monday, May 20.

March First Brewing is pairing its latest creation with the human voice. No biggie.

March First Brewing and Cincinnati’s May Festival have teamed up to create a special edition peach apricot cider to celebrate the May Festival series of concerts running from May 17 to May 25. The May Festival celebrates the most intimate and personal of instruments — the human voice. They tell stories of our shared humanity through the enveloping sound of a hundred voices and the Cincinnati Symphony Orchestra. There’s also hard cider.

“When The May Festival approached us to see if we were interested in collaborating with them on an official cider for their concert series we were honored,” March First Brewing representative Josh Engel said. “To say that we are excited to work with some super talented people is simply an understatement. We think our peach apricot cider will complement the sounds and ideas that The May Festival brings very nicely. We’re eager for everyone to try it.”

March First Brewing is Cincinnati’s only brewery, cidery and distillery. Founded on March 1, 2016, and based in Sycamore Township, Ohio, its name pays homage to the great state of Ohio, founded March 1, 1803.

The Bronx Brewery teams with a specialty foods spot for a new gose, featuring the French hop Barbe Rouge

South Bronx-based Baldor Specialty Foods and The Bronx Brewery have released their latest collaboration brew out of the B-Tracks series of limited-edition, experimental beers: Strobe Light Gose, a flavor-packed gose boasting a tart berry flavor that showcases the French hop Barbe Rouge. The beer will be available in The Bronx Brewery taproom on draft and in cans , and, for the first time ever, a B-Tracks beer will be available outside of the brewery, with Strobe Light Gose on draft in Clinton Hall locations.

“From our end the idea was conceived by looking at the Baldor Seasonal Fruit calendar and identifying which fruits will come into season when we brewed the beer,” said Lars Dahlhaus, beer specialist for Baldor Specialty Foods. “The decision to go with rhubarb and strawberry was simple as we knew that around April 1st, we’d have both great quality strawberries and rhubarb in stock.”

There are heaping helpings of rhubarb and strawberries added during cold conditioning to create a big, fruity pallet. Coriander and sea salt are added to the brew to create the briny and aromatic flavor consistent with the style.

“The slightly sour and salty notes as you take the first sip is what makes the beer stand out. The sourness from the rhubarb and the natural sourness from the beer style are balanced with the sweetness of the strawberries,” added Dahlhaus. “This beer is a great food complement to enjoy with light salads, fish dishes and even desserts.”

Summer is shining through at Denver-based Station 26 Brewing Co. as the Park Hill brewery announced a new canned offering: Brut Rosé IPA, now available in six-packs of 12-oz cans across the Front Range.

Brut Rosé IPA is a dry and sparkling, bubbly brut IPA, weighing in at 6.3 percent ABV with 22 IBUs. Brewed with raspberries, hibiscus and balanced with a mild fruity hop character, Brut Rosé IPA is light pink in color and is ideal for summer fun in Colorado.

Goodwood Brewing aged its newest gose in a tequila barrel

El Gozador from Goodwood Brewing is a sour, gose-style brew aged in a tequila barrel. It’s light, tart, with a hint of saltiness, and just the right amount of tequila bite. Goodwood used mandarin oranges and freshly squeezed lime juice to give it the sweet-tart taste of a classic margarita. A refreshing, thirst-quenching warm weather ale.

Coming Together To Feed Families In The South Bronx