Nepal closes Mount Everest for climbers because of coronavirus fears

Nepal closes Mount Everest for climbers because of coronavirus fears

KATHMANDU (Reuters) – Nepal has closed all of its Himalayan peaks including Mount Everest this climbing season because of fears of the coronavirus outbreak, a government minister said on Friday.

Nepal, home to eight of the world’s 14 highest mountains including Mount Everest, earns about $4.4 million a year in permit fees from climbers aiming to scale the world’s highest peak and other mountains.

Tourism Minister Yogesh Bhattarai said expeditions to all peaks in the March-May spring season had been suspended.

“Climbing this season has been closed,” Bhattarai told Reuters.

Asked if the closure was because of the coronavirus, he said: “It is as a precaution for that.”

Nepal has confirmed just one case of the coronavirus – a student studying in China on a trip home – out of 450 people tested.

The suspension of expeditions in Nepal will affect hundreds of foreign climbers now preparing for the spring season, a window or relatively good weather between the end of the bitterly cold winter and the rainy season, which begins in June.

Everest rises to a height of 8,850 meters (29,035 feet) on the border between Nepal and the Chinese region of Tibet. China announced the closure of its side of the mountain on Thursday.

It is the second time in recent years that the climbing season has been disrupted. Expeditions were suspended in 2015 after a major earthquake struck Nepal on April 25 that year, killing some 9,000 people.

Eighteen people were killed at the Everest base camp when an avalanche triggered by the quake roared down a slope.

“This is disappointing news for both our expedition leaders and our clients who have trained for months for this year’s climb,” said Lukas Furtenbach, of the California-based guiding company Furtenbach Adventure.

Adrian Ballinger of the Alpenglow Expeditions company said he understood the decision.

“While cancelling a climb is never an outcome we want, this time, it’s the responsible thing to do,” Ballinger said in a statement.

“A COVID-19 outbreak at base camp would be dangerous and potentially devastating,” he said.

Nepali expedition operators said the cancellation of all climbing expeditions would not only mean no permit fees for the government but the loss of income to hiking agencies, sherpa guides, porters and support staff.

Many porters and guides rely on the short climbing season for their annual income and support families for the year on the earnings.

Nepal has more than 400 mountain peaks open to foreign climbers.

A permit for Everest costs $11,000 but Dambar Parajuli, president of the Expedition Operators’ Association (EOA), said a foreign climber hoping to climb Everest spends up to $60,000 in all, on the permit, wages for guides, porters, kitchen staff, transport, hotels and food.

“The financial cost of the cancellation hasn’t been calculated but it’s a very huge amount,” Parajuli told Reuters.

Indian mountaineer Debashish Biswas had planned an expedition to Everest this spring to mark the 10th anniversary of his first ascent. 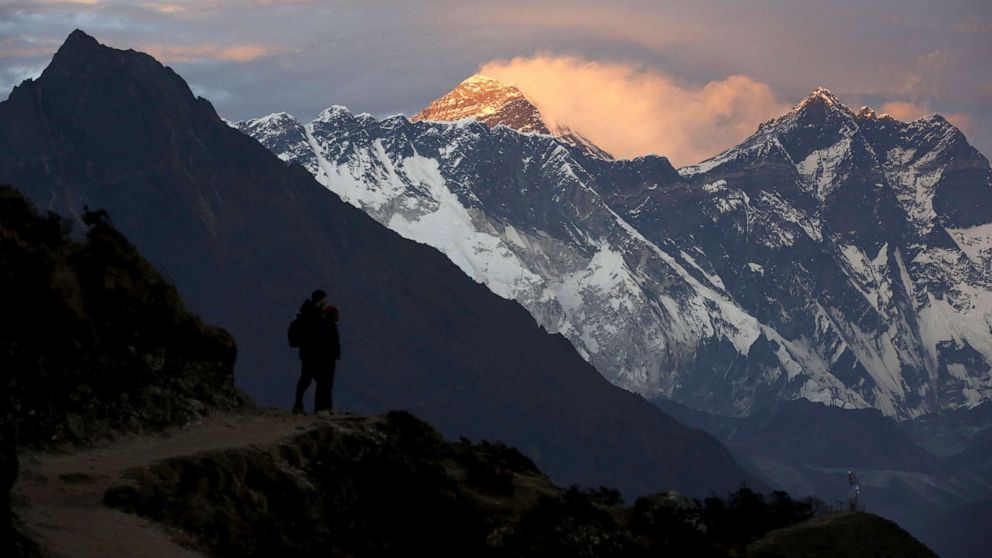 “This is a big setback,” Biswas said

Nepal would also stop issuing visas on arrival until April 30, an official said.

Mount Everest shut down to climbers amid coronavirus outbreak